HS2 has long been at the centre of controversy in the UK, no less than usual since our new PM Boris Johnson seemed to reverse his previously negative opinions of the high-speed rail and vowed to support the scheme and see it through to completion. This is despite recent rumours that it could end up costing over 100 Billion pounds, almost double the current budget of 56 Billion. 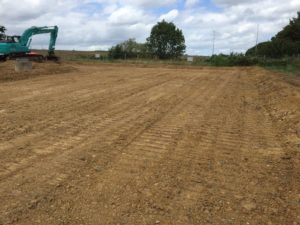 Many people have difficulty finding the positives in developing the world’s most expensive train line, particularly those that consider its environmental impact. Afterall, the 330 miles of planned track line will be cutting through ancient forests and disrupting thousands of acres of greenfield land.

Whichever way you look at it, the development of this huge infrastructure is much too far down the line for anybody to halt and we can now only hope that it can be carried out in the most efficient and eco-friendly way.

Fortunately, the HS2 route has been very carefully thought out to minimise disruption to existing homes and our natural environment and wherever possible, the route is even guided through brownfield sites to encourage regeneration projects along the way.

Dunton were recently appointed to carry out one of these vital brownfield remediation projects at a former North London Quarry, which had been land filled with thousands of tonnes of waste soils, contaminated with Asbestos and Hydrocarbons. 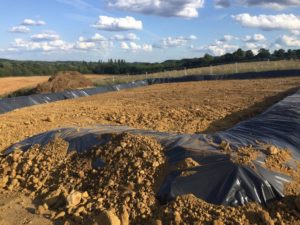 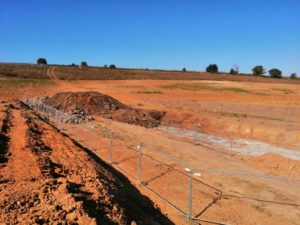 Following on site treatment and preparation, under an MTL, Dunton have enabled the reduction of hazardous waste to landfill and the successful clearance of the site. Our multi faceted service also enabled us to manage much of the waste directly at our Wolverhampton Waste Hub to minimise landfill.